THE NEW ROOTS SESSIONS, a series of intimate, stripped back concerts featuring three superb headline solo artists on a triple-bill. 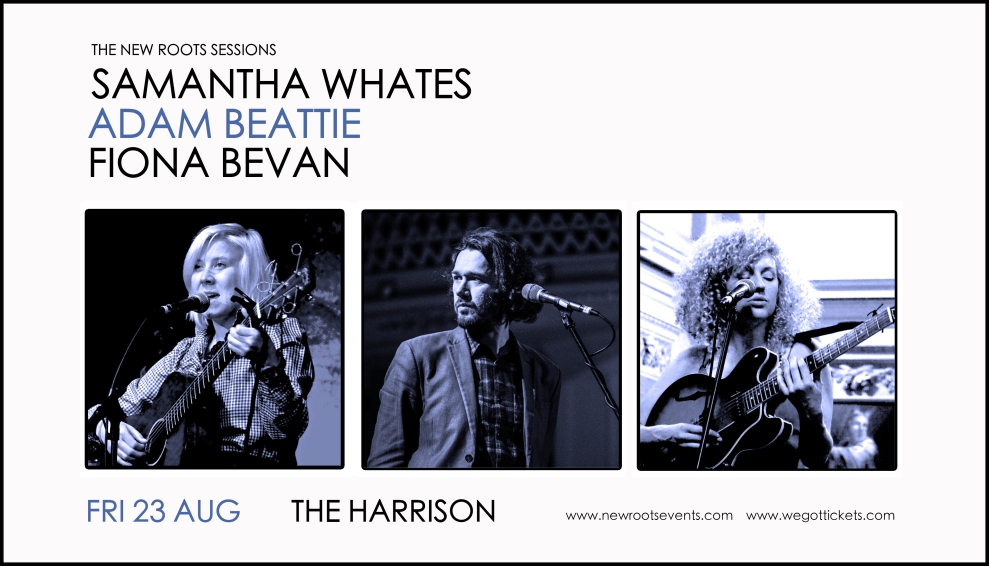 Scottish singer-songwriter Adam Beattie has released four albums of his own songs. Having roots in Scottish folk music, as well as a lifelong interest in old time jazz, blues and other folk styles, his genre-spanning music is tied together by his warmly soulful, distinctive voice and poetically narrative lyrics. A consumate performer, Beattie’s shows are as captivating with solo voice and guitar as they are in full band incarnation. He has performed to audiences across the UK and Europe alongside musicians such as the legendary Bert Jansch, Jolie Holland and Sean Hayes as well as collaborating on guitar and bass with Brooke Sharkey, Scott Hirsch and Michael Chapman. In addition, Beattie is part of 12-piece folk supergroup Band of Burns, contributing interpretations of Robert Burns songs as well as original compositions, and Rough Trade signings PicaPica, alongside Samantha Whates, Josienne Clarke and Sonny Johns.